Brian Head peak, the highest point on the west edge of the Markagunt Plateau at 11,307 feet (3447 m), provides stunning views westward into the Great Basin. The plateau is part of the High Plateaus, a subprovince of the Colorado Plateau. Few views in southern Utah so well demonstrate the huge difference between the badly broken Great Basin, where east-west crustal extension (pulling apart) produced north-trending faulted basins and intervening ranges, and the much less deformed and here higher Colorado Plateau. The southwestern flank of the peak is the type section of the Brian Head Formation, an Eocene to Oligocene stream
and lake deposit that is overlain by densely welded ash-flow tuff of the 27 to 26 Ma Isom Formation. The peak itself is capped by the moderately welded, 23.8 Ma ash-flow tuff of the Leach Canyon Formation (figure 1). These two regionally extensive, upper Oligocene ash-flow tuffs erupted suddenly and explosively from calderas near the Utah-Nevada border and made their way in minutes to their present position, devastating everything in between, millions of years before the episode of basin-range deformation formed the Great Basin and uplifted the High Plateaus. Both bear on the timing of basin-range deformation, and both can be visited on Brian Head. Furthermore, the Isom Formation itself is a key player in understanding Earth’s largest terrestrial landslide, the Markagunt gravity slide (see Sidney Peaks geosite). The south side of the peak offers the best exposures of the Leach Canyon Formation, including its vitrophyre and basal surge deposits, which are seldom exposed glassy and sandy parts of typical ash-flow tuffs. 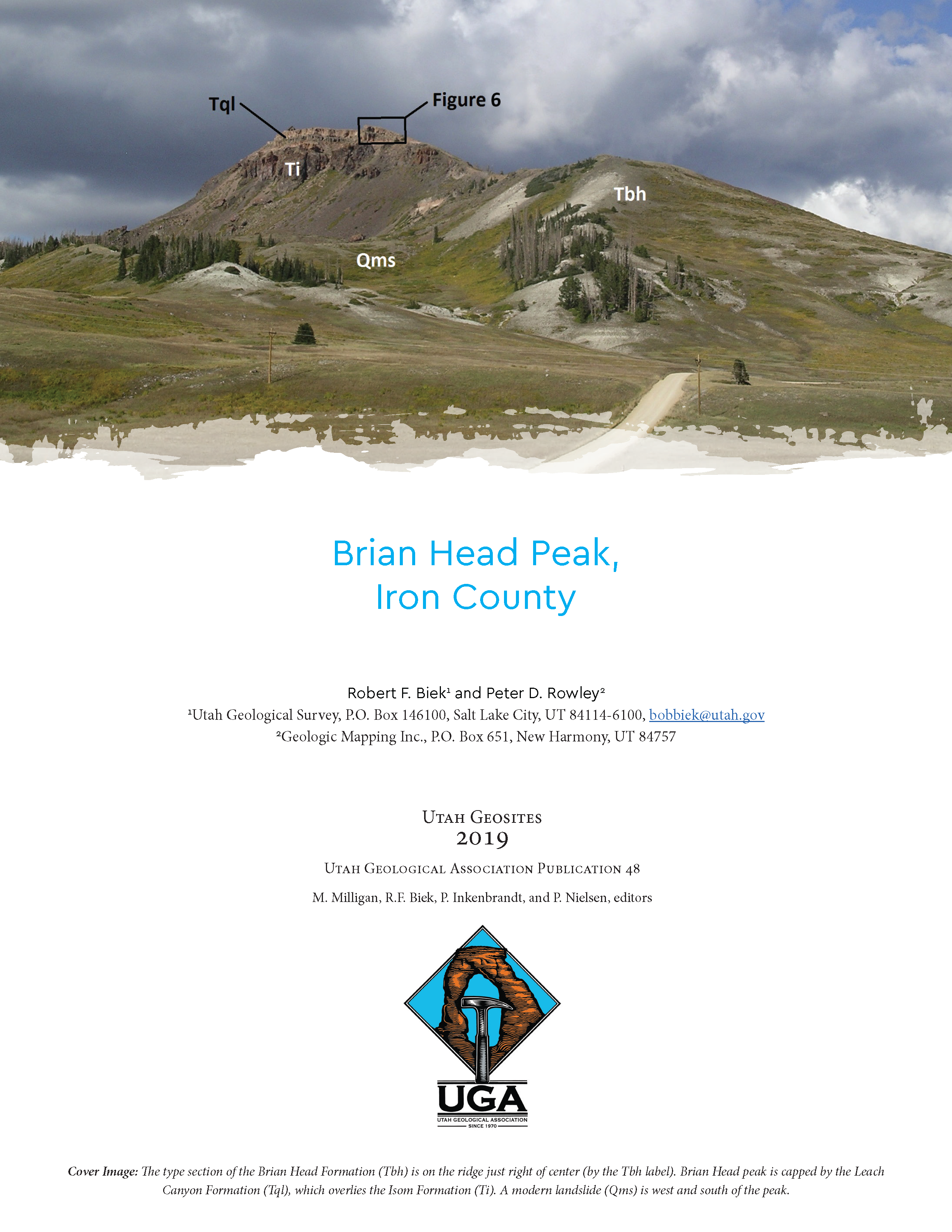