The Hurricane fault is the big earthquake fault in southwestern Utah. It stretches at least 155 miles (250 km) from south of the Grand Canyon northward to Cedar City and is capable of producing damaging earthquakes of about magnitude 7.0. The Hurricane fault is a “normal” fault, a type of fault that forms during extension of the earth’s crust, where one side of the fault moves down relative to the other side. In this case, the down-dropped side (the hanging wall) is west of the fault; the upthrown side (the footwall) lies to the east. Like most long normal faults, the Hurricane fault is composed of discrete segments that tend to rupture independently (figure 1). The fault lies at or near the base of the Hurricane Cliffs, which form an impressive, little-eroded fault scarp several hundred feet high. Conspicuous, west-tilted, faulted slivers of mostly Triassic and Jurassic red beds are locally exposed at the base of the cliffs, and contrast strongly with gray Permian carbonates exposed in the cliffs themselves. Several Pleistocene basaltic lava flows flowed across and are now offset by the fault zone, dramatically recording long-term slip rates. Should you make the mistake of pronouncing the name “Hurricane” as one would when describing a mighty storm on the East Coast, you should stand to be corrected, for locals pronounce it as “Hurricun” even though pioneers named the town after ferocious winds common to the local area. 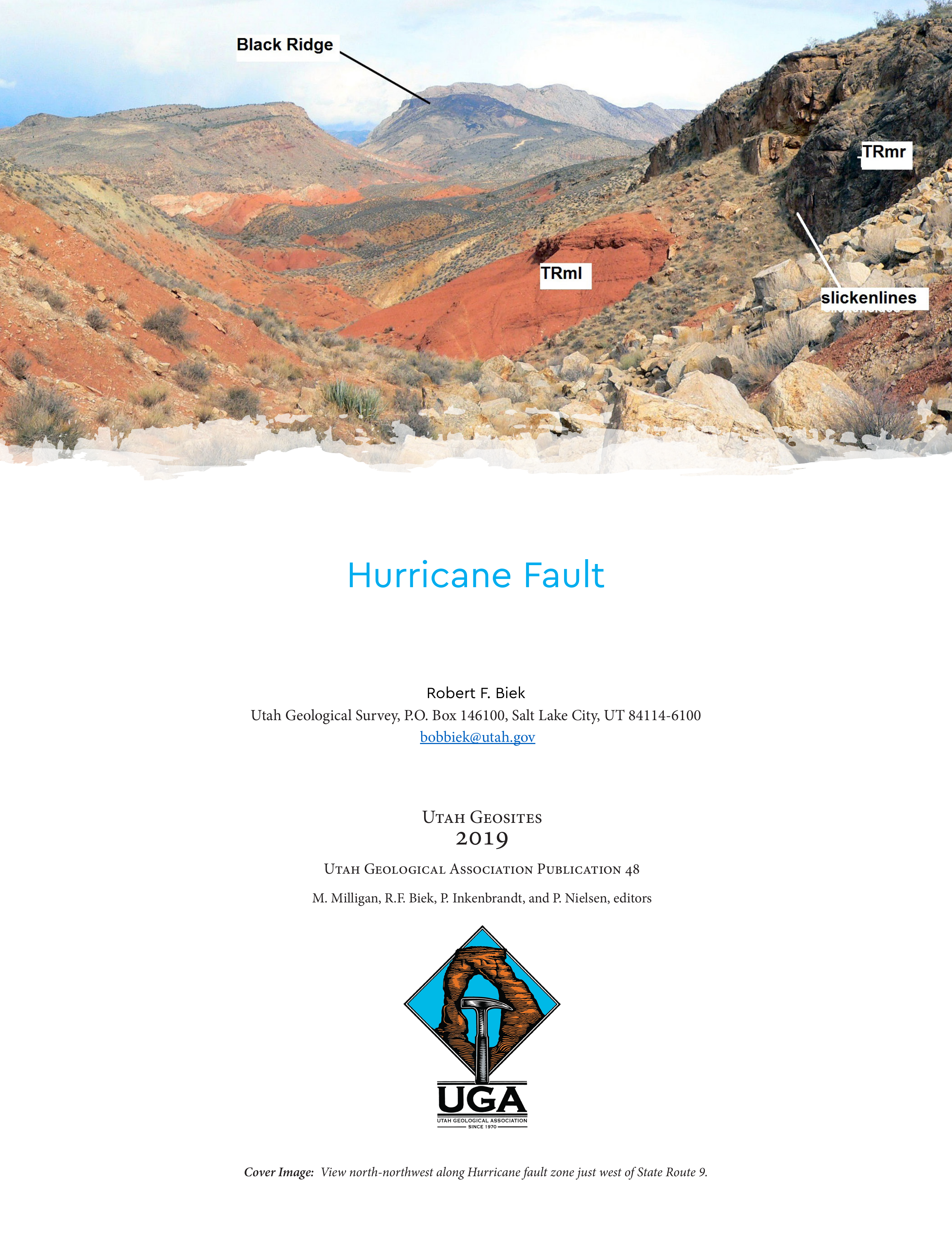