The Sevier fault is spectacularly displayed on the north side of Utah Highway 12 at the entrance to Red Canyon, where it offsets a 500,000-year-old basaltic lava flow. The fault is one of several active, major faults that break apart the western margin of the Colorado Plateau in southwestern Utah. The Sevier fault is a “normal” fault, a type of fault that forms during extension of the earth’s crust, where one side of the fault moves down relative to the other side. In this case, the down-dropped side (the hanging wall) is west of the fault; the upthrown side (the footwall) lies to the east. The contrasting colors of rocks across the fault make the fault stand out in vivid detail. Immediately south of Red Canyon, the 5-million-year-old Rock Canyon lava flow, which erupted on the eastern slope of the Markagunt Plateau, flowed eastward and crossed the fault (which at the time juxtaposed non-resistant fan alluvium against coarse-grained volcaniclastic deposits) (Biek and others, 2015). The flow is now offset 775 to 1130 feet (235-345 m) along the main strand of the fault, yielding an anomalously low vertical slip rate of about 0.05 mm/yr (Lund and others, 2008). However, this eastern branch of the Sevier fault accounts for only part of the total displacement on the fault zone. A concealed, down-to-the-west fault is present west of coarse-grained volcaniclastic strata at the base of the Claron cliffs. Seismic reflection data indicate that the total displacement on the fault zone in this area is about 3000 feet (900 m) (Lundin, 1987, 1989; Davis, 1999). 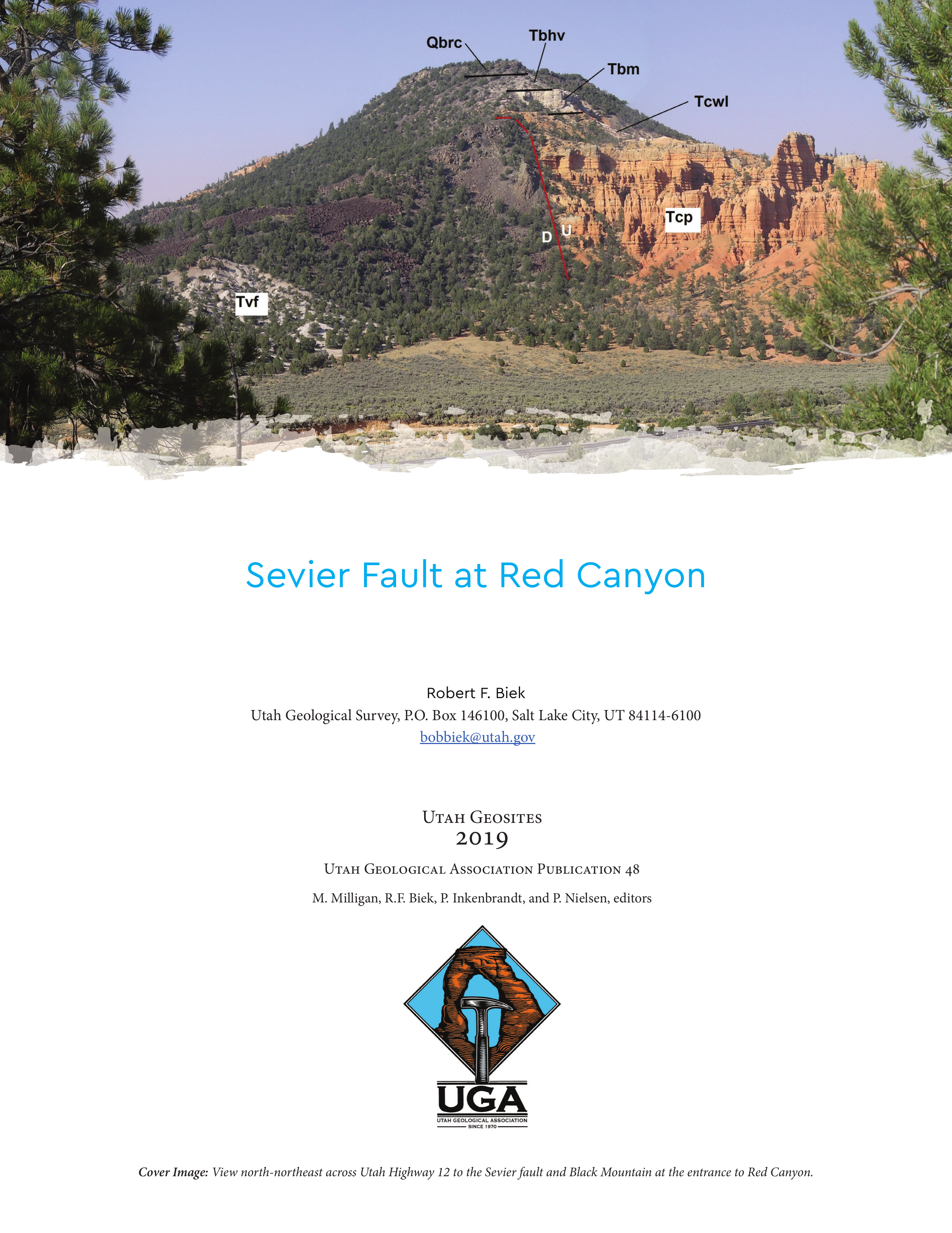