The stream is still quiet, and we guide along through a strange, weird, grand region. The landscape everywhere, away from the river, is of rock—cliffs of rock, tables of rock, plateaus of rock, terraces of rock, crags of rock—ten thousand strangely carved forms; rocks everywhere, and no vegetation, no soil, no sand. In long, gentle curves the river winds about these rocks.

These are the words Major John Wesley Powell used to describe what is called Stillwater Canyon along the Green River on July 17, 1869, on his way to the Grand Canyon during his famous journey exploring the canyons of the Colorado River and its tributaries (Powell, 1895). This same region is spectacularly displayed
from the Green River Overlook in the Island in the Sky District of Canyonlands National Park. The exposed rocks consist of Early Permian- (299 million years ago [Ma]) through Early Jurassic-age (176 Ma) rock layers that were uplifted and subjected to massive erosion. Changes in the color, thickness, and composition of
the rock layers and erosive work of running water and gravity (i.e., mass wasting) created the magnificent landscape seen at the overlook today. The primitive and remote Maze District of Canyonlands National Park is the area west of the Green River. Prominent features viewed in the Maze District from the Green River Overlook include Ekker Butte, Turks Head, Elaterite Butte, and the Orange Cliffs (figure 2). On a clear day, the 11,000-foot (3350 m), Henry

Mountains, which are cored by volcanic remnants (laccoliths) can be seen to the southwest. The Green River Overlook is one of Utah’s most iconic views, often appearing on book covers, scenic calendars, and postcards, and therefore it is fitting as a geosite for its beauty and the exposures of rocks that so much impressed John Wesley Powell over 150 years ago. 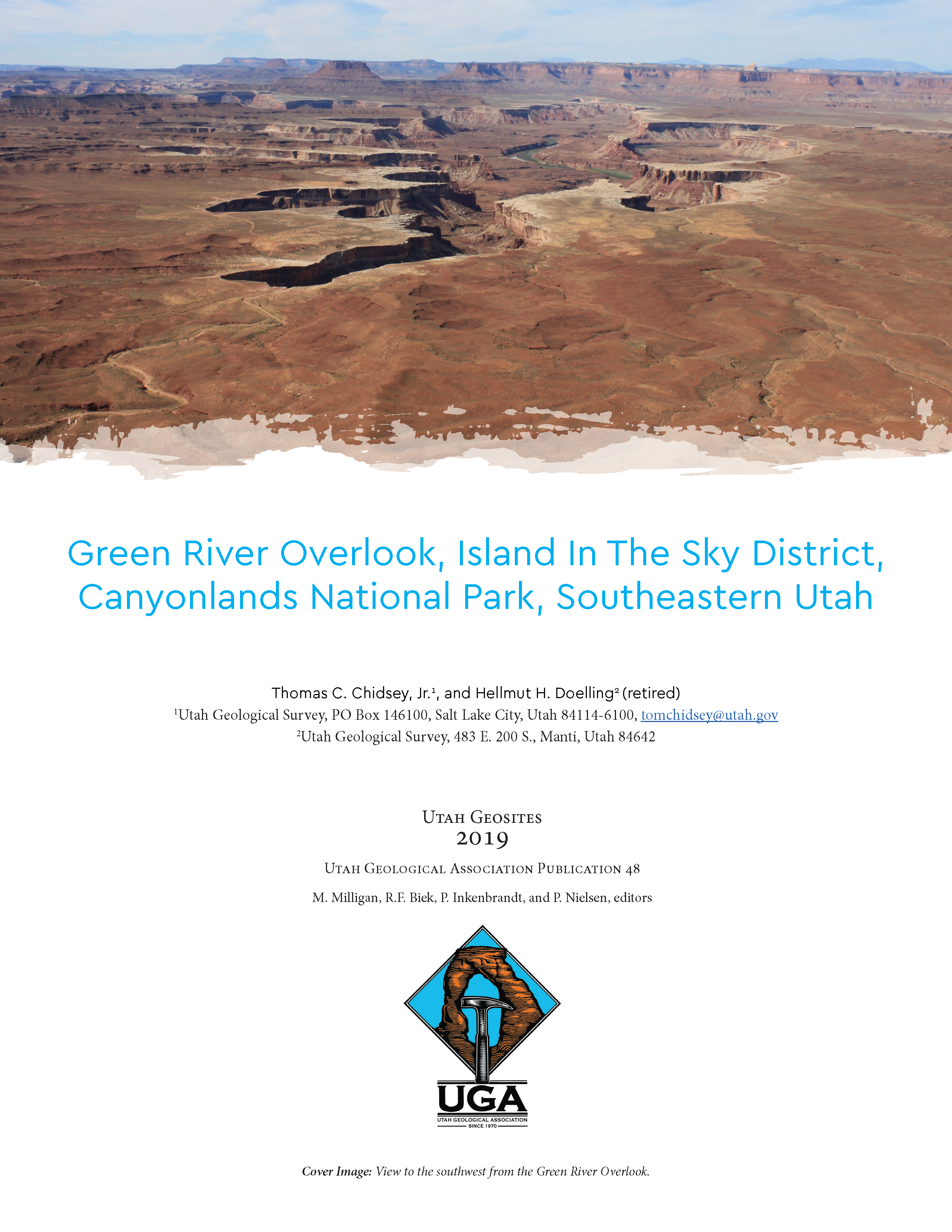