Why take your kids to the neighborhood playground, when you can visit a playground that inspires their sense of geologic adventure? Devils Playground is not your ordinary community playground, but a wonderland of granitic rock weathered into fantastic forms and weird shapes. Occupying an assortment of Bureau of Land Management, state, and private land in the Bovine Mountains, Devils Playground is a relatively unknown geologic curiosity found in a remote corner of northwestern Utah. Devils Playground is situated in the physiographic region known as the Great Basin province that extends across western Utah, Nevada, and to the Sierra Nevada Mountains in eastern California. The area is composed mostly of granitic rocks of the Emigrant Pass intrusion. A combination of granitic rock, faulting, and weathering under a semiarid climate created favorable conditions for the creation of Devils Playground. Desert plants such as sagebrush,
Utah juniper, pinyon pine, Mormon tea, and cheatgrass are common throughout the area. 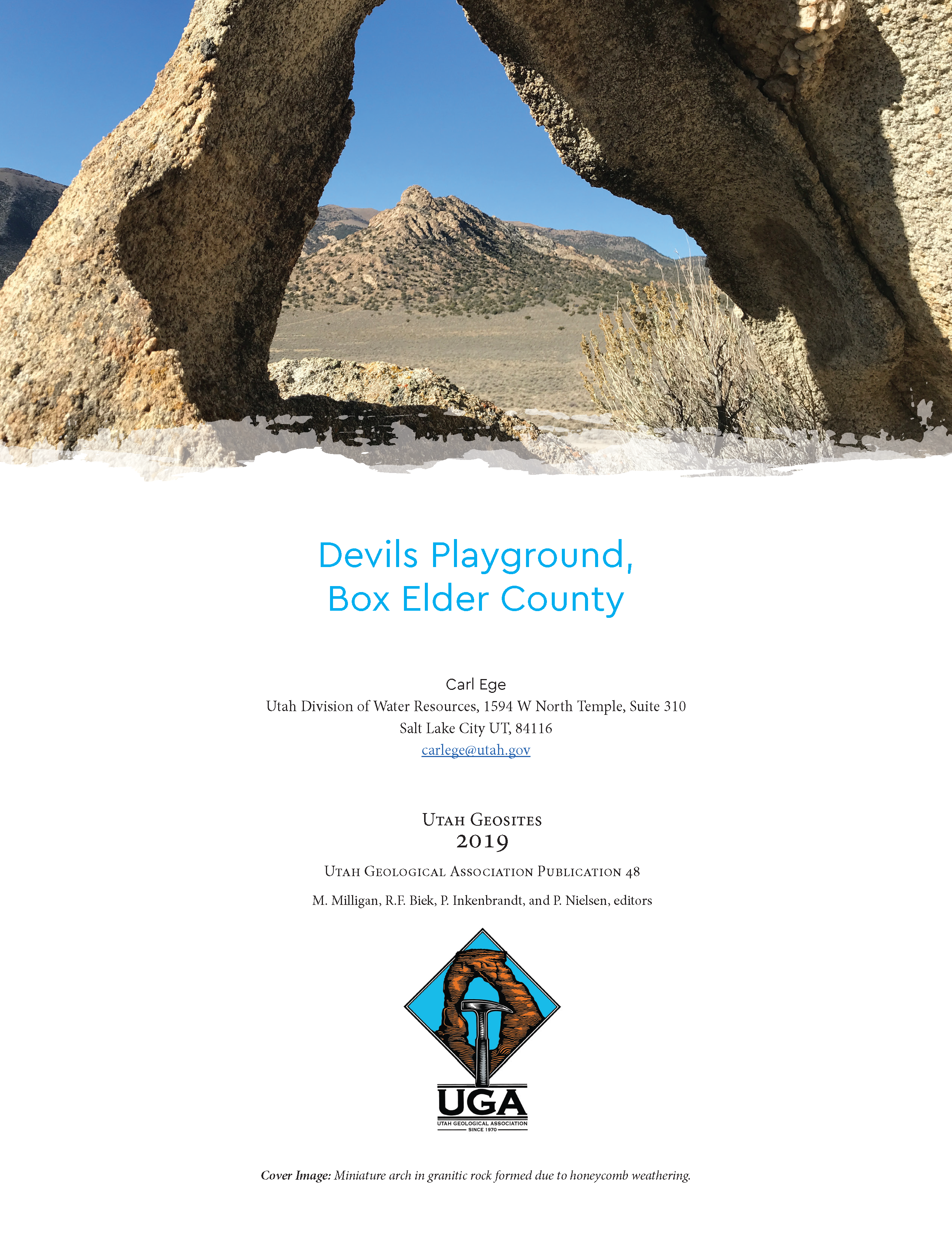