The lithostratigraphic Tidwell Member of the Morrison or Summerville Formations (Upper Jurassic)—who, what, where, when?

The Tidwell Member, a lithostratigraphic unit on the Colorado Plateau, has variously been referred to the Upper Jurassic Morrison Formation or the Upper Jurassic Summerville Formation. Its authorship has been ascribed to U.S. Geological Survey geologists Robert B. O'Sullivan or Fred Peterson. Because Peterson and O'Sullivan have different type sections, a resolution to authorship is needed. Both authors meet the minimum requirements for a new stratigraphic unit as given by the 1983 North American Stratigraphic Code under which Peterson and O'Sullivan operated. However, both authors also operated under the more restrictive Stratigraphic Nomenclature in Reports of the U.S. Geological Survey, which makes it clear that O'Sullivan used Tidwell Member informally, whereas Peterson made a formal proposal. Thus, Peterson is the rightful author and the type section is at Shadscale Mesa, Emery County, Utah. To resolve the issue of which formation the Tidwell Member belongs, its strata were examined across the northern Colorado Plateau in context with both the underlying marine Summerville Formation and the overlying terrestrial Salt Wash Member of the Morrison Formation. Meters-thick gypsum beds, one criterion for including the Tidwell Member in the Summerville, was found to be mostly restricted to the west side of the Colorado Plateau. Numerous low-angled anticlines at the top of the Summerville Formation are truncated beneath this gypsum, thus the gypsum beds cannot be part of the Summerville Formation. The unconformity marks the J-5 unconformity. Detailed analysis of the gypsum beds shows a complex origin indicative of smaller playa lakes rather than broad coastal sabkhas. The gypsum beds show an interfingering relationship with the overlying and lateral interbedded thin sandstone-siltstone-mudstone-limestone facies assemblage of the Tidwell Member. This relationship is interpreted as localized gypsum playa lakes that formed at the terminus of prograding fluvial fans from the Elko highlands to the west, with possible lesser contribution from the growing fluvial fan exiting from the Grand Canyon bight near the present-day Arizona-Nevada border. An isopachous map of the Tidwell Member supports this interpretation, and also indicates additional, less significant source areas to the southeast and east of the northern Colorado Plateau. A widespread tabular sandstone at the base of the Tidwell Member lateral to the gypsum facies known as Bed A, is interpreted to have originated mostly as a sand sheet analogous to the Selima Sand Sheet of the eastern Sahara or the sand sheet of the Gran Dieserto in Sonora, Mexico. The source of the sand is from the fluvial fans to the west. Similarities between the lithofacies of the contemporaneous Tidwell and Ralston Creek Members of the Morrison Formation indicates deposition under similar environmental conditions. This supports the inclusion of the Ralston Creek Member in the Morrison Formation as previously suggested, rather than as a separate formation. 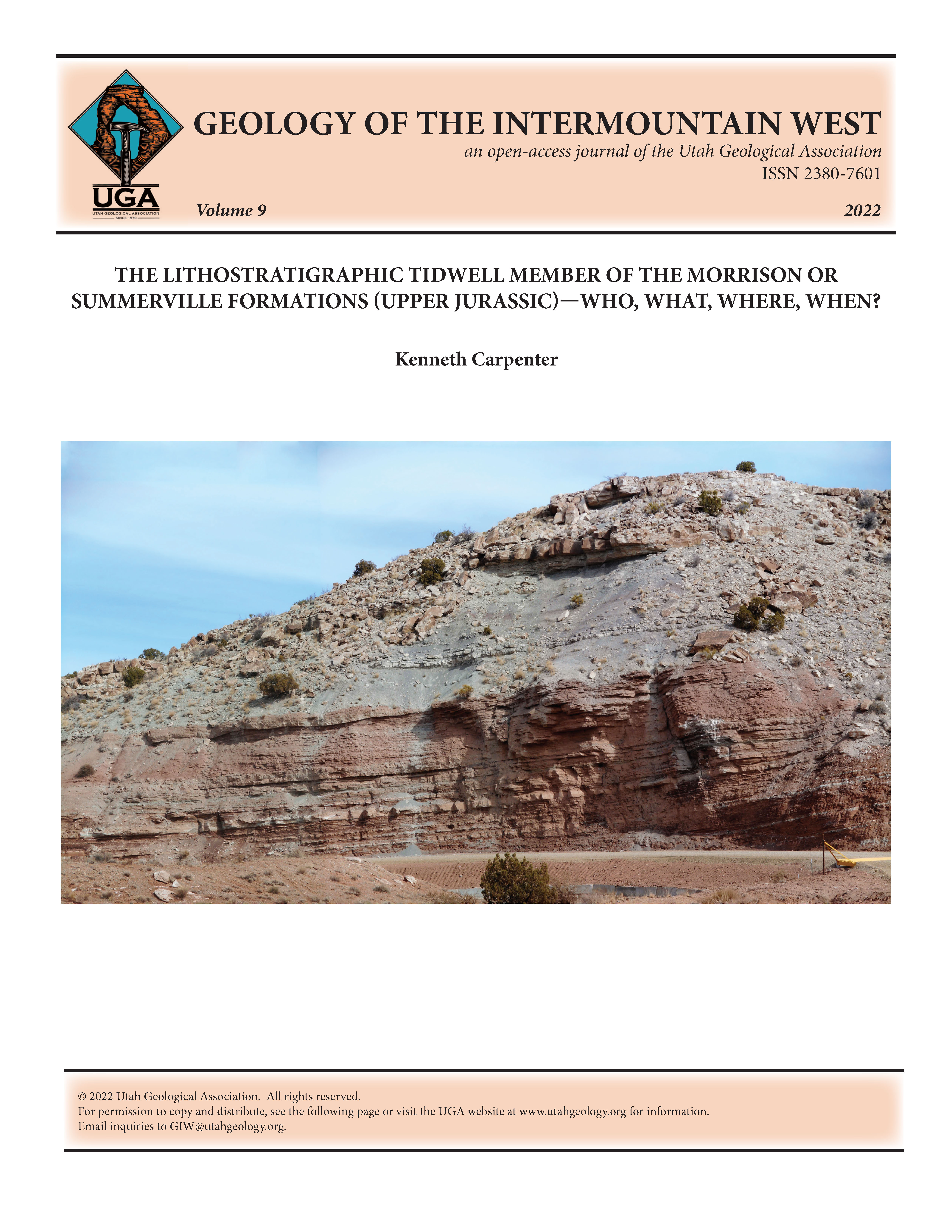