A preliminary report of the fossil mammals from a new microvertebrate locality in the Upper Jurassic Morrison Formation, Grand County, Utah

The first Mesozoic mammals in North America were discovered in the Morrison Formation during the closing decades of the 19th century, as by-products of dinosaurs quarried by teams led by O.C. Marsh. These tiny fossils served as foundational specimens for our understanding of Mesozoic mammal evolution. There are now nearly 25 mammal-bearing localities known from the Morrison Formation, distributed across the Western Interior from the Black Hills to southern Colorado and west into Utah; the most historically important of these are in Wyoming (e.g., Como Quarry 9). Most Morrison mammals are known by jaws or jaw fragments, and several important Mesozoic groups (e.g., docodonts, dryolestoids, and to a large extent triconodonts and symmetrodonts) were established based on Morrison material, shaping the perception of mammalian diversity on a global scale. Despite heavy sampling of coeval sites elsewhere, the Morrison remains the most systematically diverse (at high taxonomic levels) assemblage of Jurassic mammals in the world. Here, we describe two mammalian specimens and highlight other remains yet to be fully identified from a new microvertebrate locality in the Morrison Formation of eastern Grand County, Utah. The site is positioned low in the Brushy Basin Member and is similar in lithology and stratigraphic level to the famous small vertebrate localities of the Fruita Paleontological Area, located less than 50 km to the northeast. In addition to small archosaurs and squamates, limited excavation to date has yielded at least 20 mammalian specimens representing a minimum of six taxa, several of which are new and quite different from typical Morrison taxa. Preservation is generally excellent and includes partially articulated cranial and postcranial elements of small vertebrates. This new site has great potential to contribute new taxa and more complete morphological data than typical Morrison localities, underscoring the importance of continued field work in the Morrison. 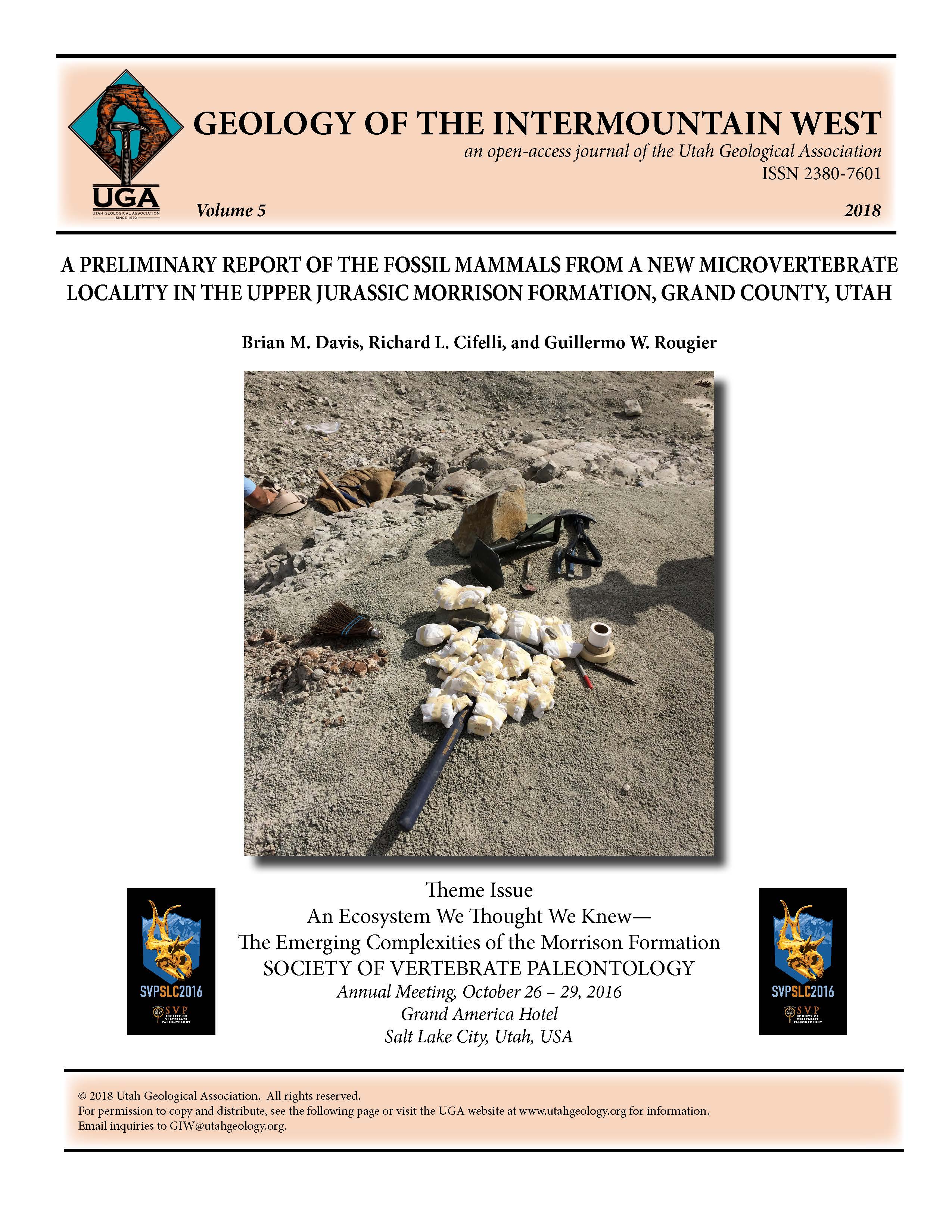