Two tooth-bearing snout fragments from a diplodocid sauropod from the Brushy Basin Member of the Morrison Formation (Upper Jurassic) excavated from the Mygatt-Moore Quarry in Rabbit Valley, Colora­do are described. The Mygatt-Moore Quarry has produced thousands of vertebrate fossils from the Brushy Basin Member, with the diplodocid Apatosaurus cf. louisae and the tetanuran Allosaurus fragilis dominat­ing the assemblage. Additionally, remains of another diplodocid, Diplodocus sp., have been found near the quarry within Rabbit Valley. Both specimens in this study preserve eight teeth per alveolar position, as observed through broken surfaces at the gross anatomical level and also through computed tomography (CT) scans. This is inconsistent with the genus Diplodocus sp., which has been previously shown to have a maximum of six teeth per alveolus. The presence of eight replacement teeth per alveolus has previously only been reported in the Cretaceous rebbachisaurid Nigersaurus taqueti, which has been interpreted to have occupied a similar ground-height browsing feeding strategy to both Diplodocus and Apatosaurus. This is the first report of this type of high-count replacement teeth in a diplodocid sauropod from the Morrison Formation. The high number of replacement teeth in a close relative to the contemporaneous Diplodocus provides evidence for niche partitioning among the contemporary ground-height browsing diplodocid sauropods of the Late Jurassic Period in North America. 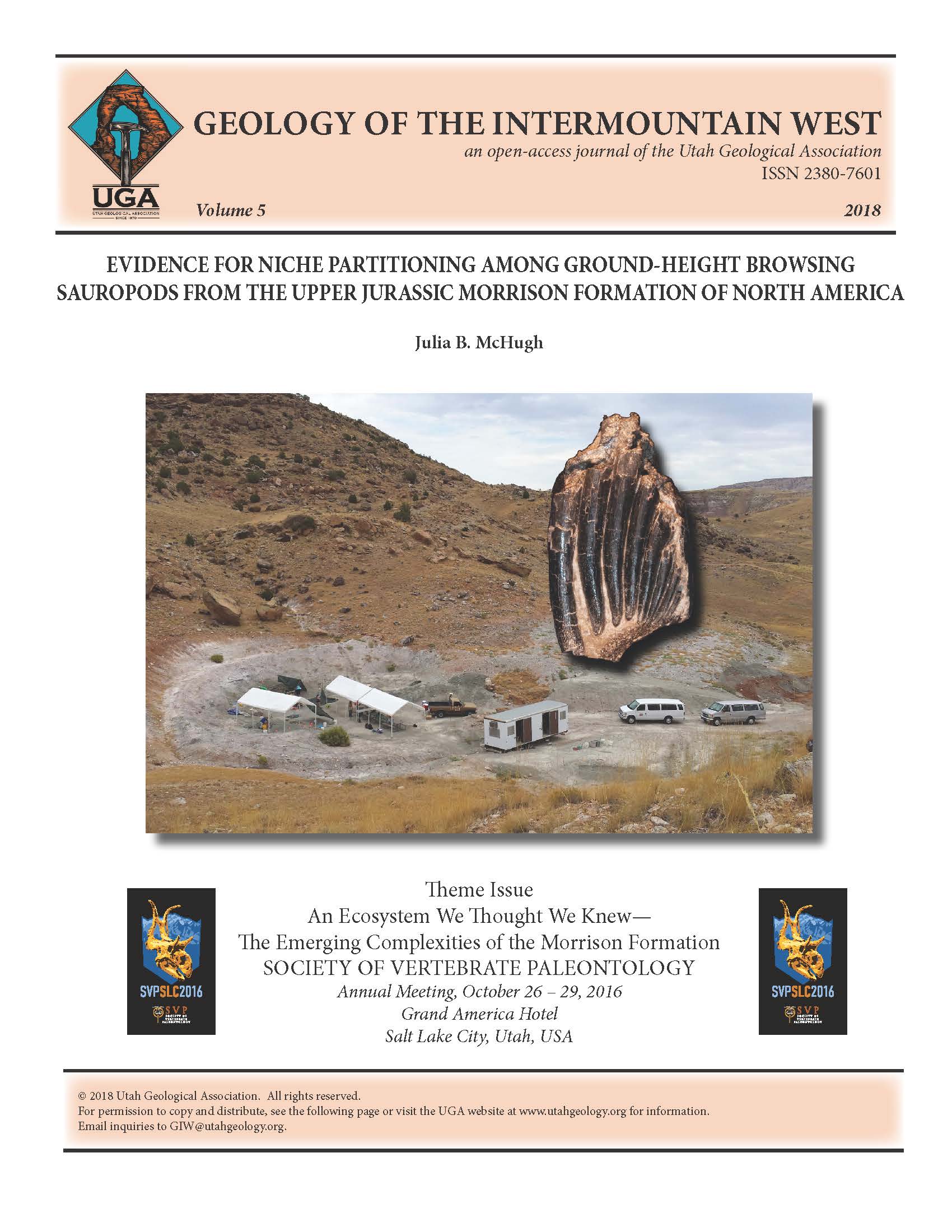