The Garden Park National Natural Landmark (GPNNL) is north of Cañon City, Colorado, and encompasses all of the major historical dinosaur quarries of the Upper Jurassic Morrison Formation in this area. The formation there can be divided into the lower redefined Ralston Creek Member and an upper unnamed member. The Morrison Formation is bracketed below by the J-5 unconformity and above by the K-1 unconformity. The Ralston Creek Member is composed of up to 55 m of arkosic conglomerate, sandstone, siltstone, and gypsum conformably underlying the unnamed member. Fossil fishes previously used to infer a Middle Jurassic age are non-diagnostic. A diplodocid skeleton 4 m above the J-5 unconformity from the west-adjacent Shaws Park, and a radiometric date of 152.99 + 0.10 Ma from the Purgatoire River area demonstrate that the Ralston Creek rightly belongs in the Morrison Formation and correlates with the Tidwell and Salt Wash Members on the Colorado Plateau. The Ralston Creek was deposited in a broad playa complex analogous to those of central Australia and here called the Ralston Creek boinka. Groundwater flux played an important role in gypsum deposition in gypsisols and playa lakes. The overlying unnamed member in the GPNNL can be subdivided on the west side of Fourmile Creek into a lower part composed largely of mudstone with many thin, discontinuous channel sandstone beds, and a thicker upper part containing more persistent tabular sandstone beds; this subdivision does not occur east of Fourmile Creek. Several thin limestone beds occur in the Ralston Creek Member and in the lower part of the unnamed upper member. The limestone contains fresh water ostracods and aquatic mollusks indicating a lacustrine origin. However, these fauna are apparently stunted and the ostracod valves closed indicating periodic hypersaline conditions. All detrital rocks in the Morrison Formation at Garden Park are composed of varying amounts of quartz, potassic feldspar, and the clay minerals illite, smectite, and kaolinite. Mapping of the clay minerals in the unnamed member reflect various paleosols throughout the mudstone interval, including protosols and argillisols. At the top of the formation, a sandstone previously assigned to the Morrison is reassigned to the overlying Cretaceous Lytle Formation based on similar weathering characteristics, mineral content, and fabric. Thus, the K-1 unconformity between the Morrison and overlying Lytle rests on the uppermost occurrence of the Morrison Formation mudstone-sandstone-limestone complex and beneath the blocky, cliff-forming Lytle Formation. 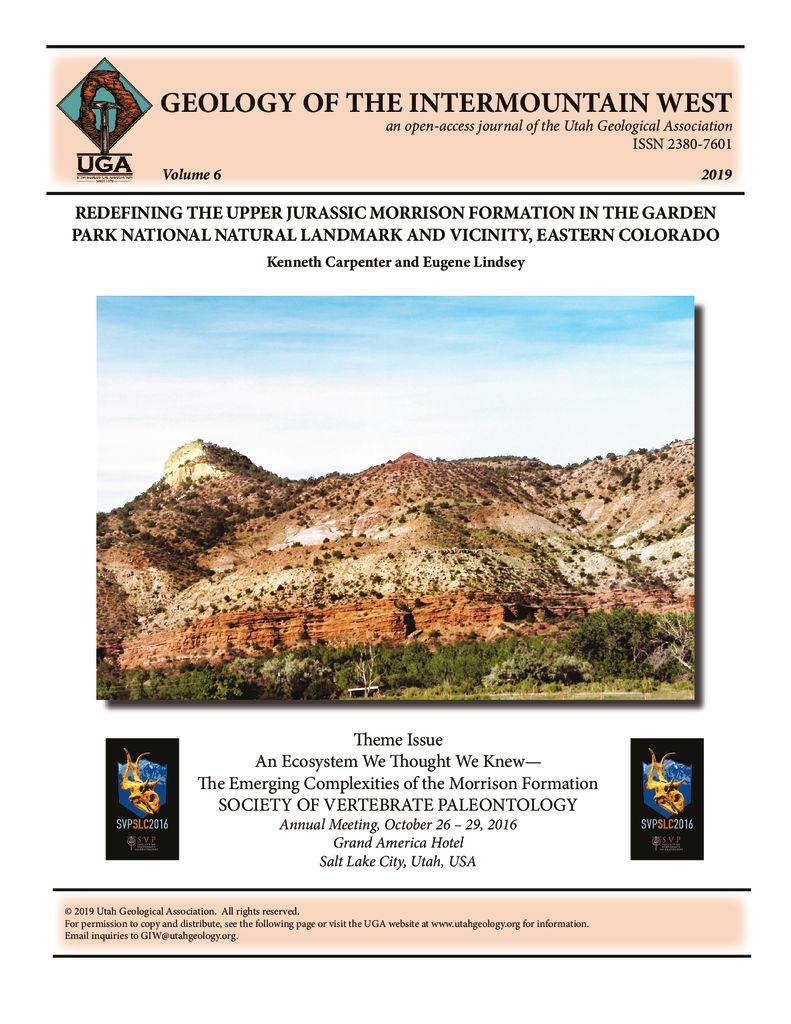