What factors influence our reconstructions of Morrison Formation sauropod diversity?

The Upper Jurassic Morrison Formation classically represents the “Golden Age” of sauropods, and the Morrison Formation is reported to have yielded 13 genera and 24 species of sauropods. This incredible diversity has produced numerous theories attempting to reconcile the co-occurrence of such large, and similar taxa. Previously, a comparably high diversity has been proposed for the Late Cretaceous Hell Creek Formation of North America – possibly comprising nearly three dozen species from over 20 genera of ankylosaura, caenagnathids, ceratopsians, dromaeosaurids, hadrosaurs, ornithomimids, pachycephalosaurs, thescelosaurs, and tyrannosaurs. However, much of the morphologic variation previously ascribed to taxonomic differences has recently been shown to be a result of stratigraphy and/or ontogeny – resulting in this rich assemblage being downsized to 13 genera and 16 species. Whereas still rich in diversity, such factors have an immediate effect towards our reconstruction of true richness.

Following the example of the Hell Creek Formation, we can investigate the ontogenetic and strati-graphic origin of possible diversity inflation in other formations, and within this study, apply it to the Morrison Formation. New dating techniques are resulting in finer temporal resolution, and are changing the temporal position of well-known quarries. Differences in body size and ontogenetic stages can also affect diversity estimates. Plotting body size stratigraphically, it initially appears that larger specimens (interpreted as different species) occur higher in the section. An increase in average body size may be a legitimate trend, but there are several specimens that counter this “rule” for many genera. Likewise, dramatic allometric ontogenetic trajectories have led to the erection of at least three diplodocid genera – Amphicoelias, Seismosaurus, and Suuwassea – and it is suspected that many more Morrison Formation “species” could alternatively be explained as ontogimorphs. We have a long way to go towards revealing the true nature of Morrison Formation sauropod diversity. Although dietary partitioning undoubtedly occurred at the level of both the species (e.g., Brachiosaurus vs. Diplodocus) and between ontogenetic stages, a base of 24 levels of co-occurring divisions seems unlikely. The Morrison Formation may have exhibited a sauropod-rich assemblage unlike any other in North America, and the implications of stratigraphy, ontogeny, and variation may be minor, yet these factors alter perceived “diversity.” True diversity will not be fully understood unless these factors are considered. 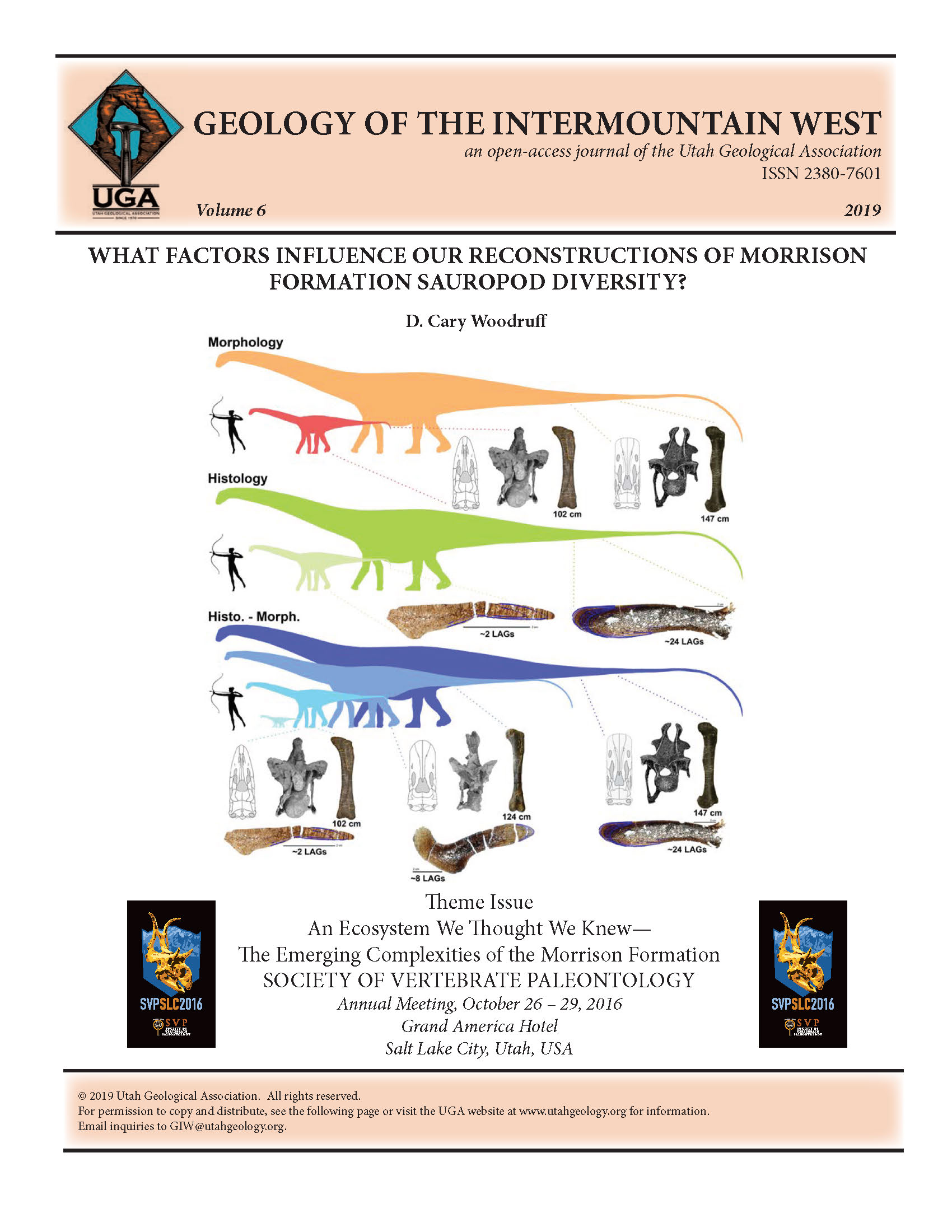