The Upper Cretaceous Rock Springs Formation of the Mesaverde Group in northwestern Colorado, southwestern Wyoming, and northeastern Utah is composed of fluvial, deltaic, and marine sediments that record the regression of the Western Interior Seaway during the Early to Middle Campanian. Contemporaneous deposits are present along the eastern and southeastern margins of the Greater Green River Basin in Wyoming, but correlation across the basin is challenging. Analysis of a small (1-km-long), understudied outcrop in northwestern Colorado assists in bridging that gap. The outcrop consists of distal and proximal deltaic deposits, overlain by distributary-channel complexes within delta-plain deposits. Correlation panels based on subsurface wireline logs and outcrop gamma-ray profiles show that the deposits are younger than lithostratigraphically equivalent strata of the Rock Springs Formation in Utah and Wyoming. Regional nomenclature is introduced for the area, and it is shown that these deposits differ from better-documented, older Rock Springs Formation deposits in Utah and Wyoming by having a higher net sandstone percentage due to the presence of substantial distributary-channel complexes. This study benefits subsurface exploration efforts in the Greater Green River Basin by providing outcrop analogs of reservoir distribution and quality. 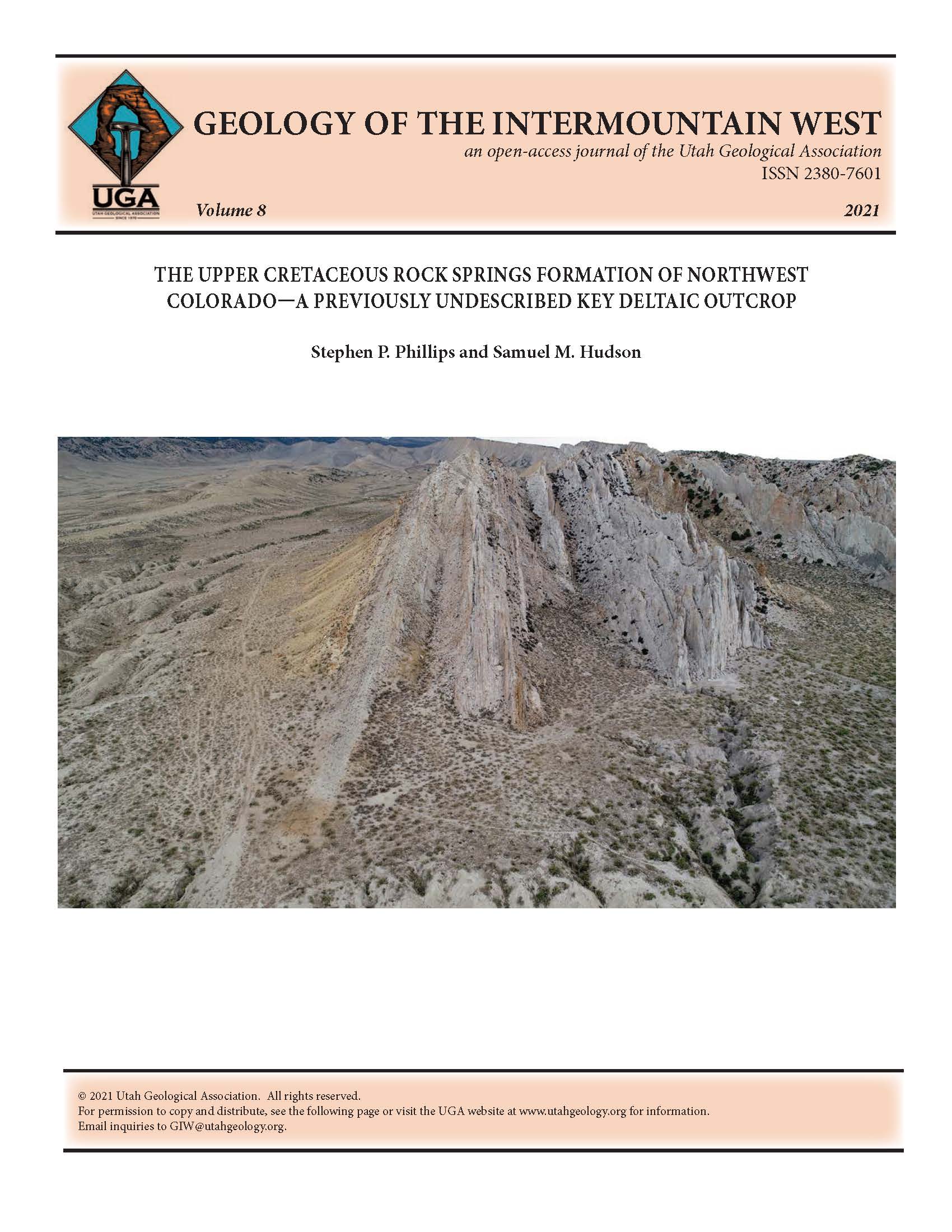